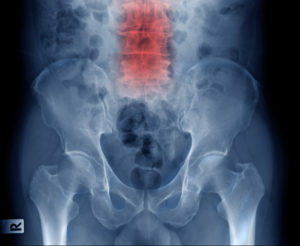 MRI lesions of the spine in patients with axial spondyloarthritis: an update of lesion definitions and validation by the ASAS MRI working group

Objectives Spinal MRI is used to visualise lesions associated with axial spondyloarthritis (axSpA). The ASAS MRI working group (WG) updated and validated the definitions for inflammatory and structural spinal lesions in the context of axSpA.

Methods After review of the existing literature on all possible types of spinal MRI pathologies in axSpA, the group (12 rheumatologists and two radiologists) consented on the required revisions of lesion definitions compared with the existing nomenclature of 2012. In a second step, using 62 MRI scans from the ASAS classification cohort, the proposed definitions were validated in a multireader campaign by global (absent/present) and detailed (inflammation and structural) lesion assessment at the vertebral corner (VC), vertebral endplate, facet joints, transverse processes, lateral and posterior elements. Intraclass correlation coefficient (ICC) was used for analysis.

Results Revisions were made for both inflammatory (bone marrow oedema, BMO) and structural (fat, erosion, bone spur and ankylosis) lesions, including localisation (central vs lateral), extension (VC vs vertebral endplate) and extent (minimum number of slices needed), while new definitions were suggested for the type of lesion based on lesion maturity (VC monomorphic vs dimorphic). The most reliably assessed lesions were VC fat lesion and VC monomorphic BMO (ICC (mean of all 36 reader pairs/overall 9 readers): 0.91/0.92; 0.70/0.67, respectively.

Conclusions The lesion definitions for spinal MRI lesions compatible with SpA were updated by consensus and validated by a group of experienced readers. The lesions with the highest frequency and best reliability were fat and monomorphic inflammatory lesions at the VC. 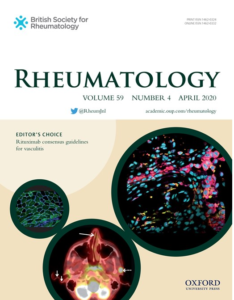 Introduction: MRI allows a better evaluation of inflammatory and structural lesions of the sacroiliac joints and spine in patients with axial spondyloarthritis (axial SpA), so MRI plays an important role in the classification and diagnosis of axial SpA. The aim of our study was to assess extra-axial MRI findings at pelvic sites and their possible associations with clinical indices in patients with axial SpA.

Results: 35 patients (21 males and 14 females) with a mean age (SD) of 47 (12.7) years and a mean duration of symptoms of 5 (2.1) years were enrolled. Hip abnormalities were found in 14 (40%) patients. Trochanteric enthesopathy/bursitis and pubic osteitis were found in 2 patients (5.7%) and 1 patient (2.8%), respectively. No other abnormalities were found at other sites. We found significant associations between the presence of extra-axial alterations, disease activity and joint function.

Conclusions: Our study demonstrated the presence of extra-axial abnormalities in more than one-third of patients with axial SpA, suggesting that MRI evaluation should be extended to the entire pelvis.